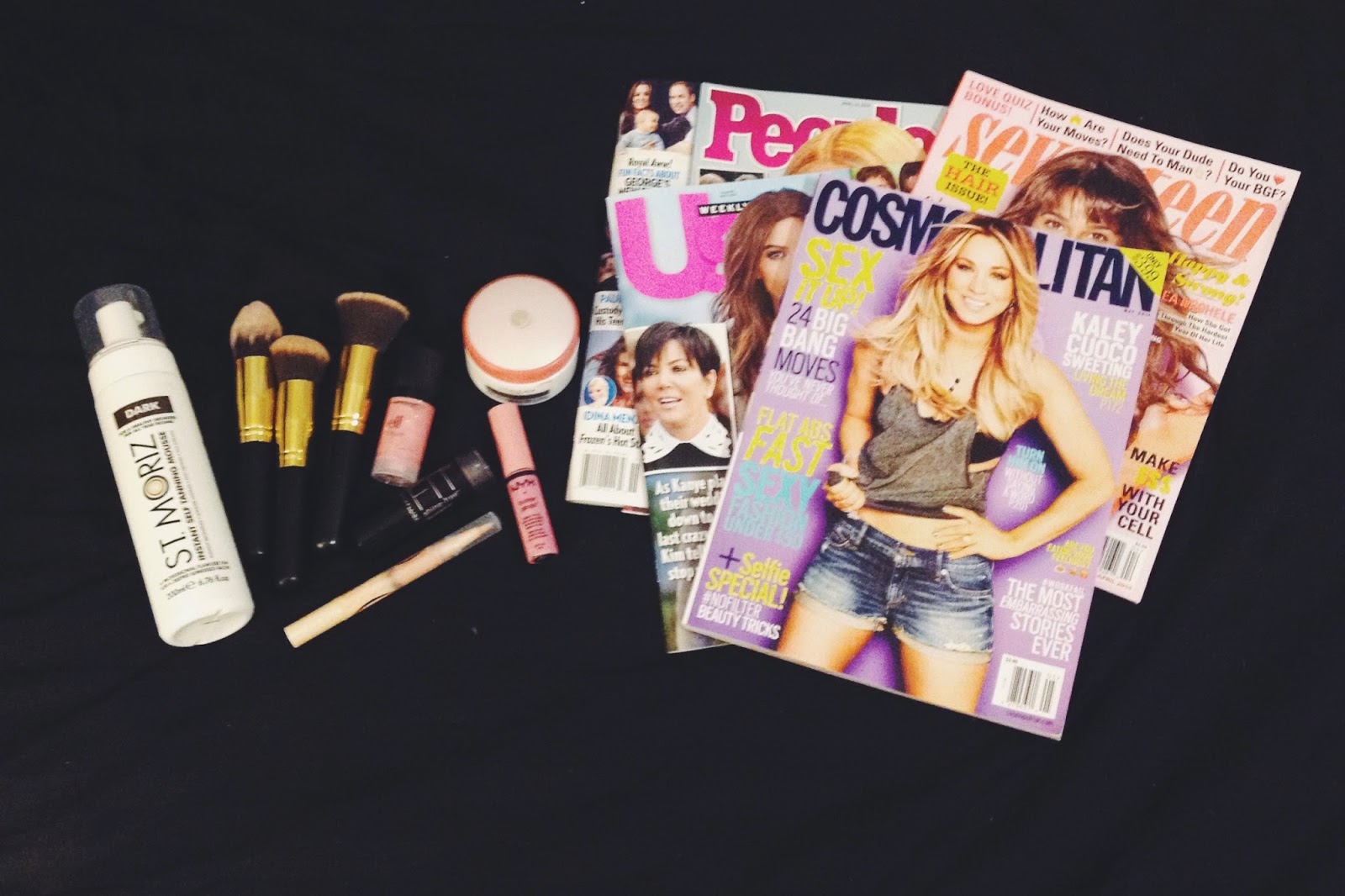 Everyone loves Target right?! Its kind of like the classier version of Walmart for reasons no one understands. I do my grocery shopping there because its only 3 blocks away from where I live and it's the closest grocery store. But sometimes, I like to go and just buy some fun things. Then there's Amazon. You can buy literally anything there. Amazon and Target are actually like long lost sister if you think about it.

-Magazines: I love some gossip and girly magazines. Truth is they're perfect to read on the train during a long commute. I grabbed Seventeen, Cosmo which is lilt the big girl version of Seventeen, People because it's a classic and your best source for sort of real celebrity gossip, and finally a US Weekly for the less accurate but trashy celebrity gossip. Who doesn't want to know about Kim Kardashian's wedding drama, Gwyneth Paltrow's breakup and more?! 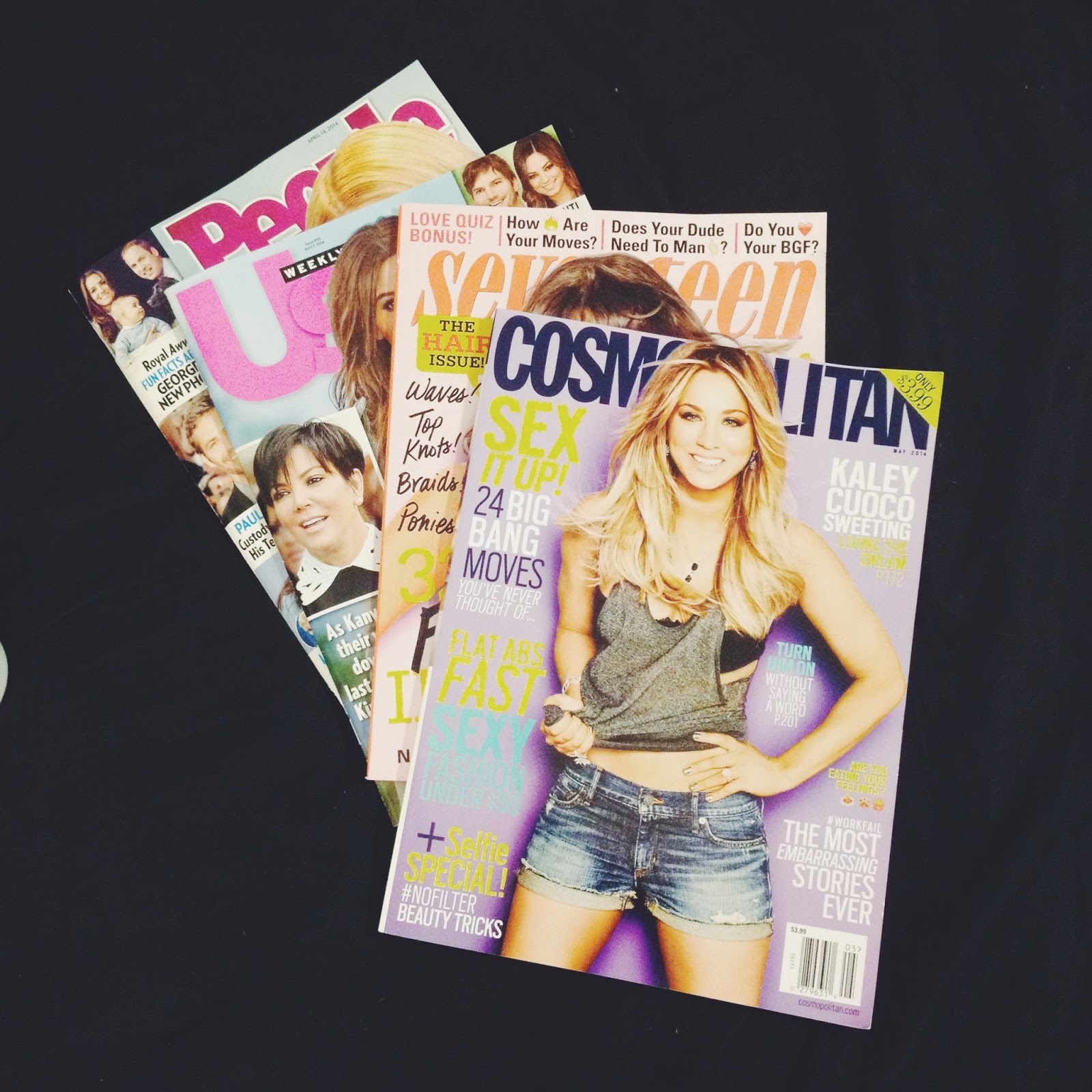 -Makeup brushes: I got some makeup brushes on Amazon. I'll be honest, I've never been into high end brushes. They all seem to fall apart and break eventually so why not grab some cheaper ones that are the exact same quality as the 'good' ones. I got this group of 3 from one of those no name brands that sell wholesale to bigger real brands. These are pretty similar the the sigma ones and have been great so far.

-Self tanner: this was another from Amazon. I love this St. Moriz one. Its a mousse that's very similar to the St. Tropez one that people love that costs $40.

-ELF HD blush: This came from Target. I actually have a whole post dedicated to this stuff going up soon. I am in love though.

-Maybelline fit me foundation: I bought a really dark shade for countouring for special days.

-Maybelline Dream Lumi concealer: I got the radiant shade for highlighting.

-Loreal moisturizer: I needed a good new one. 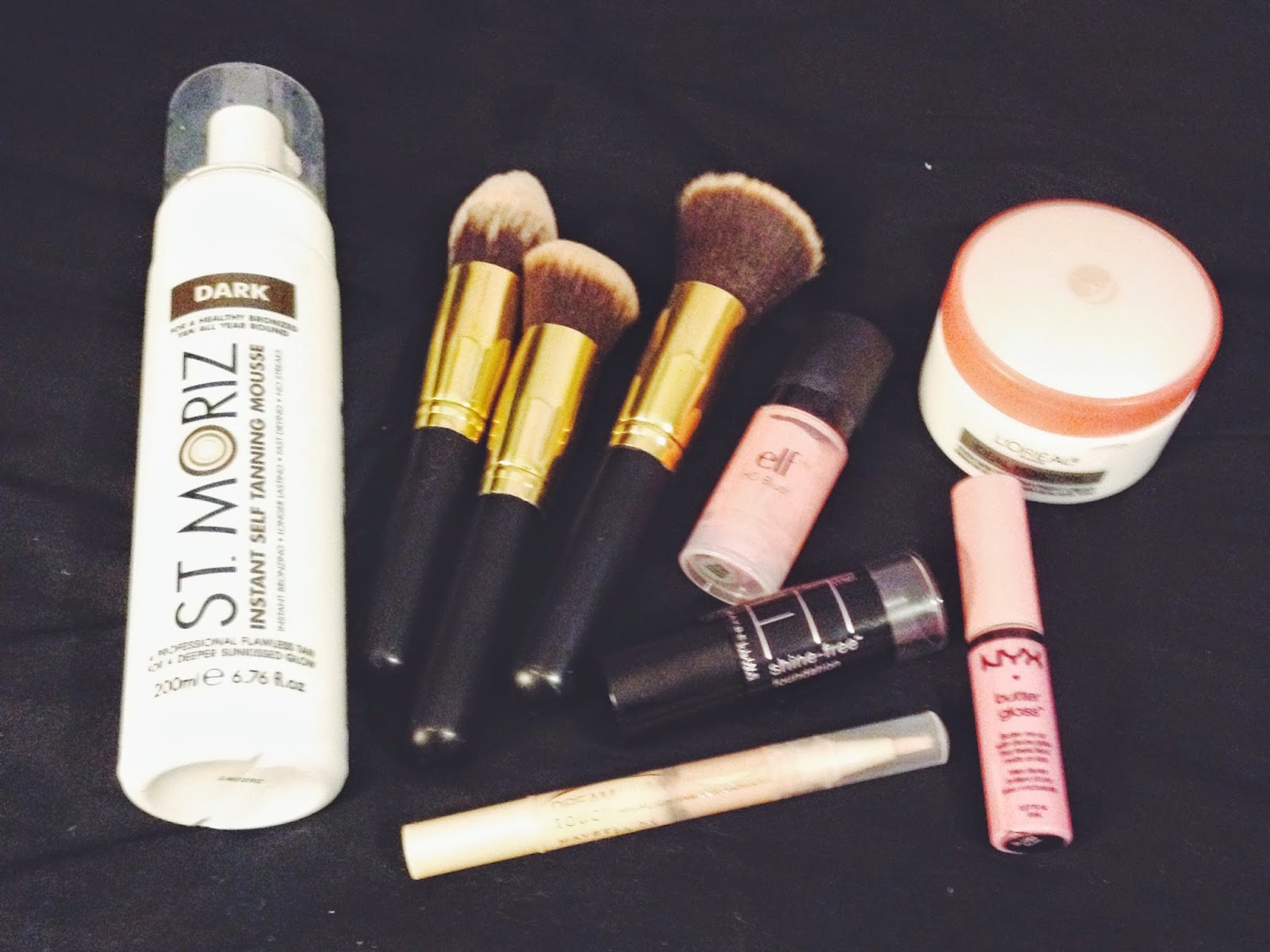