Benefit They're Real mascara: worth the hype? 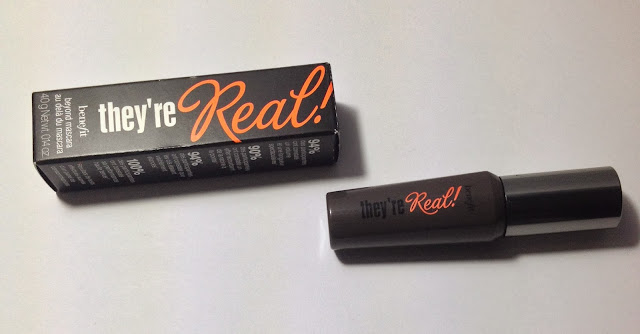 Benefit released a mascara called "they're real" and everyone went insane. People rave about this like no other product. Finally, I decided I wanted to pick it up but $23? What if it sucked? Then I cam across the $10 mini size of it and it was prefect. This promises to lengthen, curl, separate, lift, volumize. It's basically going to do everything. 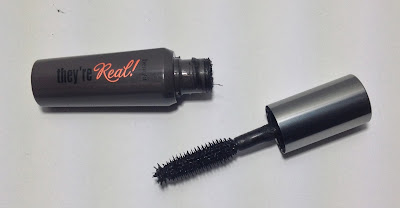 The wand is a normal mascara want but there's something different: the tip of it is a spiky little ball thing. It allows you to get every single lash. They say that you should use it both horizontally and vertically.
The long part will zig zag through your lashes while the tip can be pushed up through them.

This is one of my problems. That little tip pulls some much mascara out of the tube that if you don't wipe it off your bound for a giant mess. This isn't really a huge problem though, it still work after you wipe off the tip which most people do. 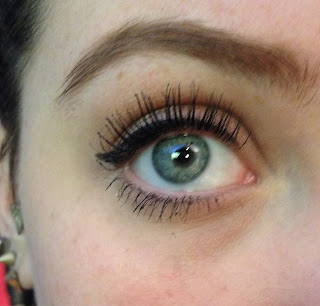 I did curl my lashes before I applied this even though they claim it will curl. No curved brush though so I doubted that. With only a full swipes trough my lashes they were long, thick, and standing straight up.  I have decent lashes on my own but look at them. I love long lashes. I would wear drag queen style fake lashes every day if I could.

Now, this mascara doesn't exactly make them look fake to me but no mascara in the world does. Fake lashes just have a certain way about them that no mascara can duplicate.

Here's where this mascara falls a little short in my case: it really stays on. Like forever. It will not flake at all. This is all good right? Well yes, until the nighttime when you're trying to get this off. This may be my problem though because I normally take off my makeup with just a makeup removing face wash. I'm pretty sure a makeup remover or wipe would get it off.

While this mascara does do pretty much all of those things that it claims to, I don't know if its worth spending the full almost $25 on. There's plenty of great drugstore mascaras from the drugstore that do this all as well. That being said, my eye lashes look awesome. I would for sure recommend trying out the mini version first.

UPDATE: i have had this for almost 3 weeks now and notice that its getting dried out.